When Lisa Kaplin invited me to participate in a blog hop a few weeks ago, I had no idea what that was, but soon understood how it worked and was game to give it a try. Everyone, I’m pleased to introduce you to Lisa! Here’s her entry in the blog hop: http://smartwomeninspiredlives.com/writing-well/

Here are my thoughts on why I write and the process I use to write:

A lot of my writer friends talk about how they’ve wanted to write professionally since they were children, but that isn’t exactly true for me. I did win some writing awards and was a student that teachers encouraged to pursue writing, but I frankly never took it seriously because I did not think I could make a go of it and support myself with writing. It’s not that I didn’t believe in myself—I actually did. I just never thought of writing as a career goal.

Writing for me was the road not taken, until recently. I love it, and while it’s not my day job, it has turned into a very fulfilling avocation on the side. I freelance when I can, and do plenty of unpaid blogging when my muse pays a visit, which is often. This past May, my first book came out, published by Chicago Review Press and titled Her Next Chapter: How Mother-Daughter Book Clubs Can Help Girls Navigate Malicious Media, Risky relationships, Girl Gossip, and So Much More. My daughter Charlotte, who is now 22, was a contributing author to the book. Charlotte has always wanted to be an author, and I knew I’d one day be buying her books, but I never imagined her first book would also be mine.

What am I working on/writing?

Because I’m just about to start speaking publicly about my book, I’m working on various author talks, presentations and workshops. That’s my main focus at the moment, but I’m still blogging every couple of weeks for HuffPo, my own site, and guest posts for other people.

How does my work/writing differ from others of its genre?

I don’t think my blogging always stands out as tremendously different, but my book does—at least, in my opinion! While there are a lot of books about girl empowerment, and even more books about sexism and the many challenges facing women, there are not a lot of books that connect the dots between the two. In Her Next Chapter I make the case that if we want more female politicians, CEOs, movie protagonists, and so on, it must start in childhood. Waiting until girls are women to cheer them on towards political office or other visible and meaningful forms of female leadership doesn’t work. We have to take seriously the many ways our marketing and media culture deliberately disempower girls, and we have to give parents and teachers practical media literacy tools so they can help girls deconstruct and subvert the toxic messages they are bombarded with every day.

I wrote a book that is not just about the issues, but about solutions, and one that lays out very clearly why princess culture and the pink ghetto have far-reaching negative effects on girls as they become women. Today’s hyper-feminine girl culture must be dismantled if we are to raise girls to believe they have more to offer the world than their physical appearance or ability to support the ambitions and adventures of men, and that they have greater value than their faces and bodies. My writing—whether it be my book, or my blogging on the topic of girlhood—consistently shows the ways in which the obstacles women face as they seek equality are rooted in the way our culture limits girls.

Why do I write what I do?

I’m going to deliberately keep this very short, so that my answer to this question has impact: because the world will be a better place when girls and women are viewed as equal to boys and men, and when females hold half of the positions of power, proportional to their existence as half of the human population. I write about this in order to help bring about change.

How does my writing process work?

I don’t impose much structure upon myself. I am fortunate to rarely encounter writer’s block, and to write very quickly in an unlabored way. I actually feel that I write more fluently than I speak. Writing is an incredibly enjoyable activity for me. I absolutely love it when I’m “in the zone.” Most of my blog posts take me about the same amount of time as it would take to read a chapter or two of a novel, so I often write posts at night to relax. Even when the topic is heavy, I feel good when I’m writing. Sometimes I am in the mood to write but can’t think of a good topic, yet when I do finally get an idea, I can generally crank out thousands of words almost immediately, often in the middle of the night. The hardest thing for me is titles and headings! I have been told they are weak in comparison to the writing itself, so sometimes I ask other people to help me come up with good titles. I think that if I were better at writing “click-baity” titles, my posts would perform better. I’m working on it!

Let me introduce you to four other fabulous writers: 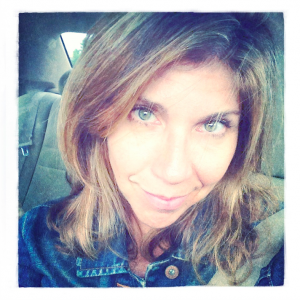 Michele Yulo is the founder of Princess Free Zone—a website and blog she started in 2009 that offers an alternative to princess for little girls. She was initially inspired by her daughter, who at three years old refused to wear “girl” clothing, and who instead preferred the bolder colors and designs typically offered in boys’ sections of stores.

Frustrated by the limited options for her daughter, and girls in general, she decided to do something about it. Unemployed at the time, she sold her wedding ring to get the project started which included producing some new tees of her own with fun and unique designs that offered things like dinosaurs, tools, soccer balls and bugs while writing a blog that addressed the effects of gender stereotyping on young children.

In addition, Michele created and wrote a children’s book about a young female, tool-wielding phenom named Super TooLula.  TooLula is a role model for little girls who aims to teach kids that being kind is cool while being a new kind of role model

Michele is currently working on launching a brand new company called Be Free Zone, Inc., which will introduce “gender equal” product. She has come to understand that both girls and boys need to be free to explore their individual identities without being judged. The website and product line will launch by the end of the summer.

Originally from upstate New York, Michele grew up in sunny Miami and now resides in Atlanta, GA. She has a bachelor’s and master’s degree in English and in her spare time enjoys writing, playing guitar and cooking. She lives with her very supportive husband Steve, nine-year-old daughter Gabi and four dogs—Hendrix, Sula, Scarlett and Chewie. 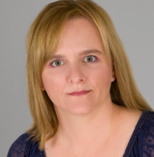 Crystal Smith is a writer of many things. In her day job, she works as a marketing writer for small businesses. In her downtime, she blogs about boys and gender stereotypes, a subject she explored in her self-published book The Achilles Effect: What Pop Culture is Teaching Young Boys about Masculinity. She is currently working on her second book, which will examine the impact of sexualized culture on adolescent boys. 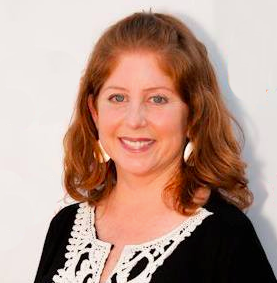 Pia Guerrero is a writer, youth development expert, and media literacy pioneer. She is the executive director of SheHeroes, a project that creates positive role models for girls by interviewing exceptional career women who have overcome obstacles to achieve success. With over 20 years in non-profit leadership experience, Pia is also a seasoned grant writer. She is also the founder and editor of Adios Barbie, the first body image website to expand the conversation beyond size to include race, age, ability, sexual orientation, and sexuality. Her work with Adios Barbie has been mentioned in MSNBC, BBC 4, The New York Times, Forbes, Al-Jazeera, Seventeen, Fitness, Glamour, among others. Pia has also appeared numerous times as an expert on CNN’s Headline News (HLN) and Huffington Post Live.  Pia primarily writes pieces that expand perspectives and challenge assumptions. Her work has appeared in magazines, blogs, books, and journals 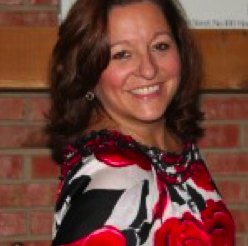 Lisa Kaplin is a psychologist, life coach, professional speaker, and blogger.  She is the owner of Smart Women Inspired Lives where she hears women’s stories, helps them understand why they are stuck, and helps them rewrite their futures into joyful lives that they hadn’t thought possible.  Lisa’s unique education and life experiences allow her to really understand the stress, overwhelm, and struggles that many women face.  She uses humor, empowerment, acceptance, and a healthy dose of pushing to guide her clients into life long changes.  Lisa is married and the mother of three teen-aged children.  In her free time she’s cuddled on the couch with her dog and a book.

And a quick summary about me: 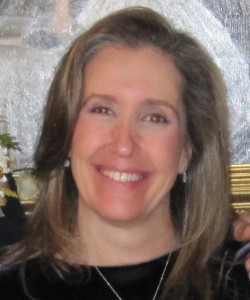 Lori Day is an educational psychologist and consultant with Lori Day Consulting in Newburyport, MA. Previously Lori worked as a psychologist, teacher and school administrator for over 25 years in public schools, private schools, and at the college level. She is a co-founder and member of the advisory board of the Brave Girls Alliance, a global think tank of girl empowerment experts who advocate for healthier media and products for girls. Lori is also a freelance writer, as well as a blogger for the Huffington Post and various other sites, writing about parenting, education, child development, gender, media, and pop culture. Her first book, titled Her Next Chapter: How Mother-Daughter Book Clubs Can Help Girls Navigate Malicious Media, Risky Relationships, Girl Gossip, and So Much More, came out in May of 2014.