Defining Masculinity as the Absence of Femininity: A Preschool Teacher’s Story

Defining Masculinity as the Absence of Femininity: A Preschool Teacher’s Story

By Christie Angleton— Gender performance is something I think about a lot. As a preschool teacher and PhD student – not to mention as a mom – I have a research interest in the ways kids navigate and express gender in their lives. In my experience, girls tend to have an easier time of it when they bend, or even break, gender stereotypes. My own daughter prefers Darth Vader to Disney Princesses, and no one ever bats an eye over her preferences. For the boys in my class, however, singing songs from Frozen or sporting a Princess Leia shirt tends to ruffle feathers.

Our school recently hosted a Spring Fling, complete with a temporary tattoo booth. The next day, our class hosted a pajama day. Ben entered the classroom in his Batman pajamas, proudly displaying a Frozen tattoo he had chosen the previous night. As he excitedly approached his friends, sleeve pulled up proudly, one boy pointed to the tattoo and said, “Oh, why’d you get a Frozen one?! That’s just for girls!” Ben quickly rolled his sleeve down to cover the tattoo. 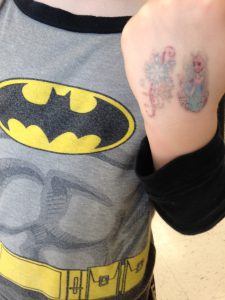 Yes, I intervened, reiterating to the group that “boy things” and “girl things” are something we’ve talked about many times before – that colors, toys, and experiences are for everybody. This is a dialogue we’ve had since the beginning of the school year. And yet, worry crept in. Because we’ve been having this conversation in many variations since August. Okay, this 4-year-old kid slipped into a common social expectation: Frozen is for girls. But I worry about the conversations that will inevitably happen when no one is there to offer support.

I worry that eventually Ben will let these comments influence the choices that he makes: Ben, who occasionally comes to school in sparkly nail polish and frequently disrupts the comments of children who categorize toys, talk, and activities as “for boys” or “for girls.” Ben, who, in addition to this Frozen tattoo is also wearing Batman pajamas on this classroom pj day, and yet, in the eyes of his peers is somehow less of a boy because he likes Frozen. I worry about the girls overhearing this exchange: how they might perceive comments about their interests as somehow less, because their interests are “for girls.” I worry about my own daughter and the choices she makes, and how these seemingly innocuous comments might influence her, Ben, and others to not be true to themselves.

For now, Ben simply rolls down his sleeve and changes the subject. But what about the next time he is offered something deemed “girls only” by his friends? Will he remember the way he felt on pj day and make a different choice, even if it’s not what he desires for himself? Will he quiet his own voice as he did on this day?

Navigating gender is tricky business, in preschool and in life. Validating kids’ lived experiences isn’t something I take lightly. But for all my hard work, the worry continues to creep in. I’m one small voice among many louder ones. But I’ll keep at it, for Ben, for my daughter, for all of the kids who won’t be boxed in – because Darth Vader and Frozen aren’t “just for boys” or “just for girls.” They’re for everyone – children – boys and girls alike. 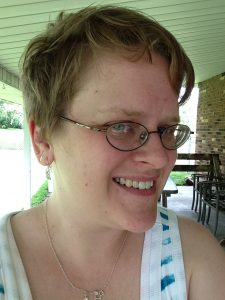 Christie Angleton is a preschool teacher and PhD student with a strong research interest in gender performance and expression in children. She is moderately obsessed with books, coffee, and social justice advocacy. She blogs about preschool and her teaching practice at www.looselywondered.blogspot.com.